Collection's not for me, but that's great if other people are looking forward to it.

Can't argue with that price at least.
By

Same. First year to Plat, and to be honest, it's also my first year of redeeming points!

Hope the final Club Nintendo giveaway for Plat members is really stellar, for one last hoorah.
By

I know it's been a while. I'll just say the answer is from the X series.

[i]Cohorts of many fill the vicinity,
while I lurk in wait, ready to attack.
Beyond the fool that would test the...
By

So, the Kickstarter for the TruForce Mega Man X figure is up.

$200,000 is the goal, and stretch goals are available to backers. The more you pledge, the better the goodies. Pledge goals include a T...
By 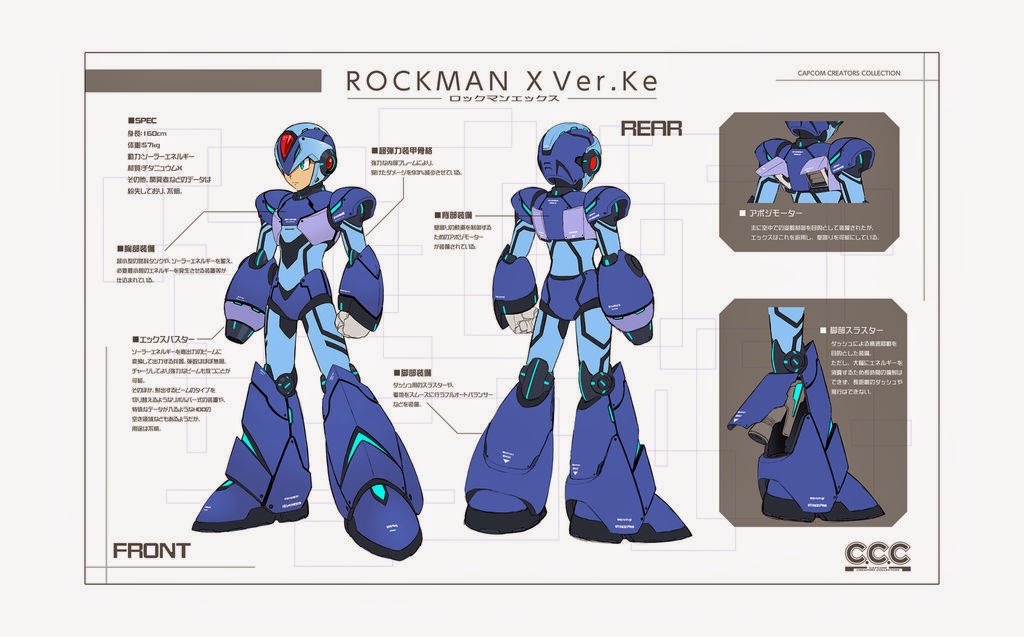 Little further away, but your answer is very similar.
By

No, but you are getting warmer.
By

Also thought I'd show off my collection thus far, just to show you how serious I am.

Thought I'd give this thread a revive. The line is still alive and well!

Actually, we've got Zero, Mega Man Zero style on the way! Under the SH Figuarts line as oppose to the regular D-Ar...
By

I recently bought NEW Super Mario Bros. for the NintendoDS.

As I am playing it, something crossed my mind. I can totally see Mega Man i...
By

[i]Cohorts of many fill the vicinity,
while I lurk in wait, ready to attack.
Beyond the fool that would test the mighty,
I cause destruction with my deadly grasp.
Though comrades a...
By

Remember, I'm evil with these.

Want another clue?
By

You can bet your booty if you get Mario Kart 8 and the new Smash, we'll be playin'.

Wish him the best. Creative minds gotta create.
By

Out with the old, in with the DERP.

ANYWAYS, for people in the gaming industry that have brains, this is awesome.

Good to see you!

[i]Cohorts of many fill the vicinity,
while I lurk in wait, ready to attack.
Beyond the fool that would test the mighty,
I cause des...
By

A fan made game for the Green Biker Dude.

I don't think I plan on playing it, but I thought it was still pretty funny.
By

Timeman - "That must have took some time."
By

I was going to say Mecha Dragon. I thought that was his name.
By

Why didn't Skullman cross the road? Because he didn't have the guts.

Quote from post #228788:
Originally posted by The Helldragon
use the Nunchuk to aim, fire, and jump. It is literally that simple.

And 3rd-Person it, with a controllable camera...
By

I think a modernized Mega Man remake could be great, if done right. It doesn't need a blatant "hardcore" revamp, however, I think Mega Man could be portrayed in a more cooler style than...
By

^ Couldn't come to terms with his gender. He was later the inspiration for Splash Woman.

Passed down through the ages beyond worlds - old technique, fro...
By