The Quadrant nether hub has a ceiling very close to bedrock, and I decided to decorate it with a Ghast. After hours of AFK'ing hoping one would spawn in the right place, it was clear that wasn't going to work. So I built a rail all the way out to the nearby Open Nether. 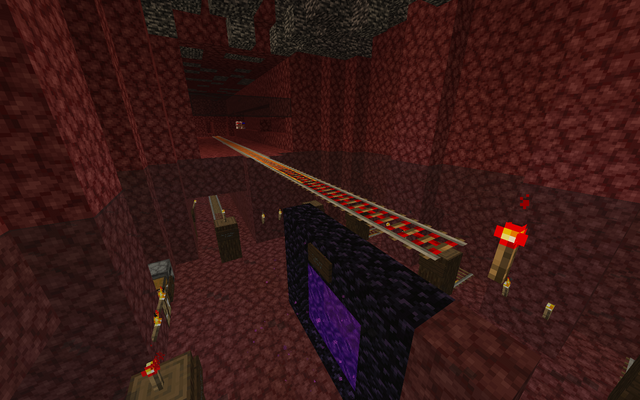 Ghasts spawned here from time to time. The goal was to use a fishing rod to pull them into a minecart and send them on their way. Even set up some weird curvy tracks on the edge of cliffs to make it easier. 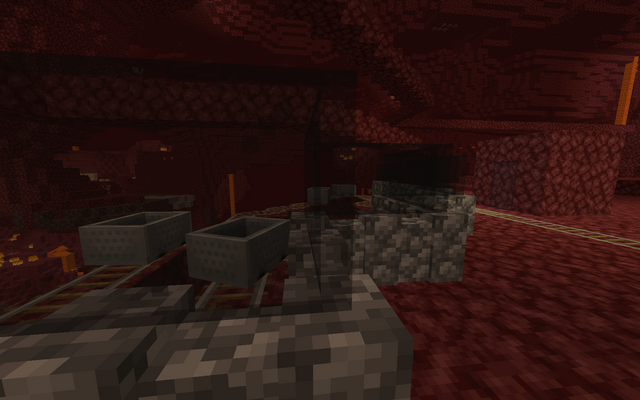 A few hours of failing at this later, I obviously needed a proper Ghast Catcher. If I could just force the Ghasts to spawn already captured, the rest would be easy. Right?

I extended the rail out to the nearest lava ocean. Unfortunately, there was still a lot of spawnable space around. This was going to take drastic action. 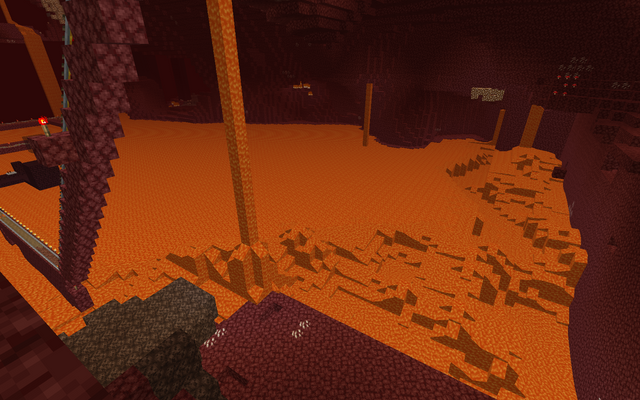 12 hours later, along with a few hours help from 2k, I'd finally managed to remove all the spawnable spaces from a 128x128 area - the biggest I could reasonably manage given the terrain. In the centre, a platform started to be built to catch Ghasts. 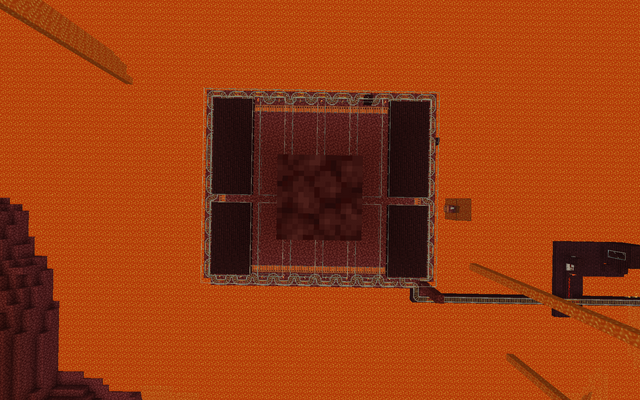 Turns out, Ghast spawns are really slow in the Nether because without the ability to remove every block up including bedrock, there is a massive amount of failed spawns. Eventually though, Quadrant Sentinal the First spawned in. 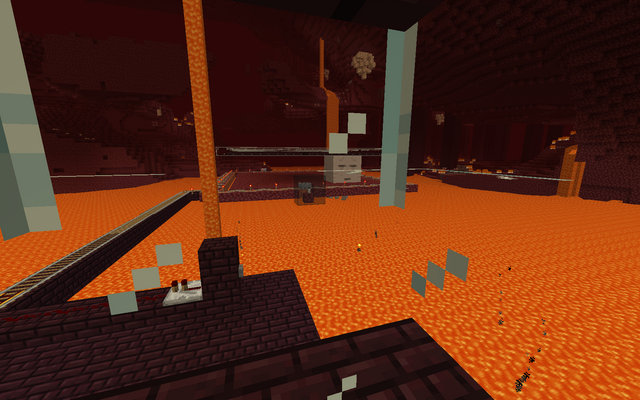 After an ever helpful UE popped over with the name tag I had forgotten to bring, QS1 was pushed into a cart. Unfortunately the cart fell off the rail, and during an attempt to push it back onto the rail it managed to damage boost itself out of the catcher and fly off. Despite some Elytra flying around the ocean and attempts to fish it into a minecart, QS1 had to be shot. Hours of AFKing later, Quadrant Sentinal the Second arrived. 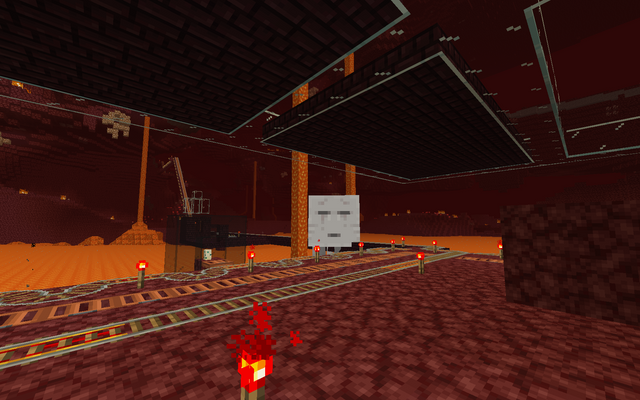 Having learnt lessons from the QS1, the attempt to get QS2 to the containment area was much more successful! Off she shot, eventually making her way into the ceiling of the Quadrant Nether Hub. Unfortunately, while I attempted to seal up the entrance, she decided to blow herself up. Adjustments made to the entrance, and with a second level added to the Catcher to speed things up, a few hours later Quadrant Sentinal the Third arrived! 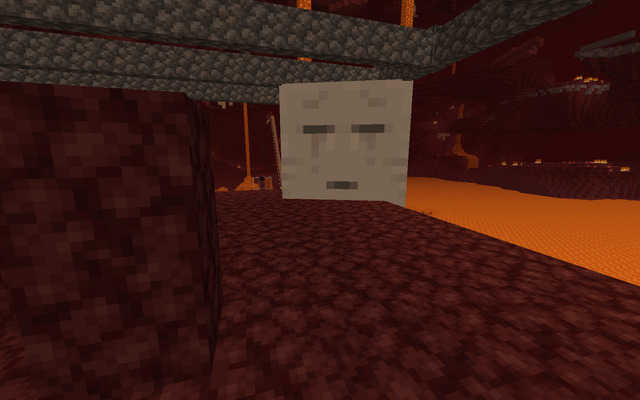 Spawned in an awkward space, QS3 didn't last very long. She decided to take a shot at Itachi, who was helpfully trying to fish a Zombie Pigman wearing my armour out of the lava, and fell victim to the Thorns on his armor. A few hours later, with no sign of QS4, a third level was added to the Ghast Catcher. 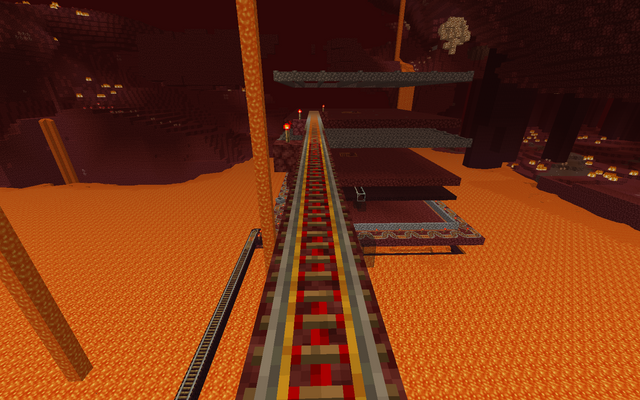 Eventually, roughly 36 hours into the project, Quadrant Sentinal the Fourth arrived. Tagged and carted, an unfortunate second ghast floated in from *outside* of the Catcher and gave her a little bit of a blast out of her cart and stuck between Ghast Catcher floors. 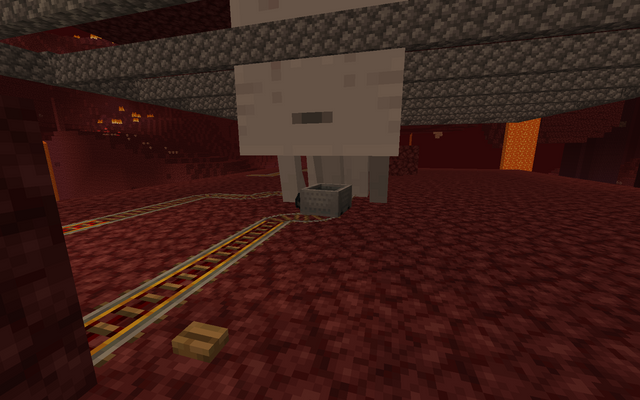 With the rogue Ghast shot down, the question of how to get her back in her cart remained. A little bit of fishing later, she was back fully inside the Catcher, carted up again and on her way to the Hub. 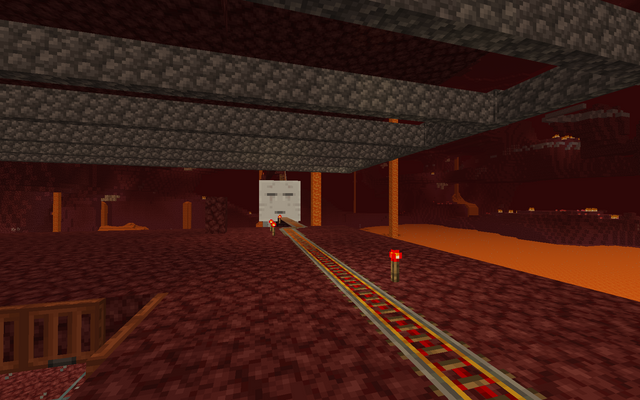 Ejected from her cart with activator rails (I know right, who uses those?), sealed in thanks to the better choice of entrance, and with the rail removed from below - success! QS4 Floats there above the hub, safely out of reach of those below despite her attempts to dangle her tentacles in. 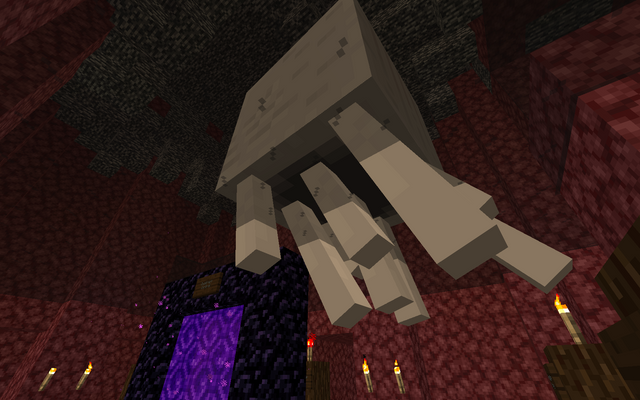 There she stays, guarding the entrance to Quadrant forever more. Feel free to pay her a visit, and take a moment to think of her predecessors. 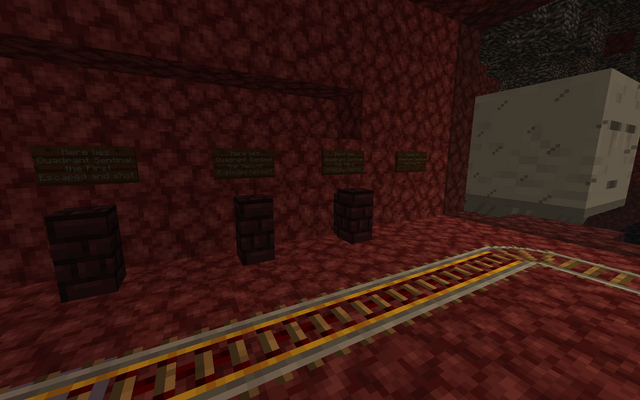